Watch: Arsene Wenger explains why Anfield was his favourite ground to visit 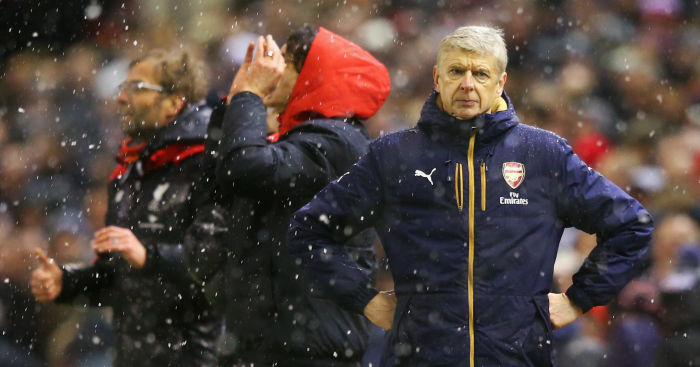 Arsene Wenger says Liverpool‘s stadium Anfield was his favourite away ground to visit while he was in charge of Arsenal.

Wenger ended his 22-year spell as Arsenal boss when he stepped down as manager in the summer, allowing Unai Emery to take charge at the Emirates.

Over the course of those two decades he took the Gunners far and wide in a number of competitions, but Anfield clearly had a lasting impact on the Frenchman.

His Arsenal side were involved in one of the Premier League’s greatest ever games at Anfield, the 4-4 draw with Liverpool in 2009, and he has plenty of praise for Reds supporters.

“There are special vibes there,” he says. Watch the full clip below.

🙌 | Love this, Arsene Wenger talking about why Liverpool have the best stadium. pic.twitter.com/6W8Npnm9OH