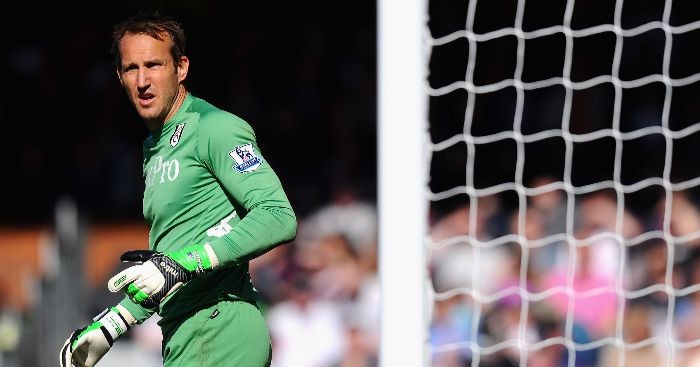 Eight years on from a potential move to Arsenal falling through, Mark Schwarzer was finally given the chance to ask Arsene Wenger why a deal was never completed.

Arsenal attempted to sign Schwarzer from Fulham in 2010, only for a move for the goalkeeper to fizzle out.

Speaking to Fantasy FC last year, Schwarzer said: “Roy Hodgson rang me. It was about three days before the World Cup in South Africa, and he says to me ‘Mark, the Arsenal have been on the phone. They’re interested. Do you want to go?’

“I went, ‘Definitely. I loved my time at Fulham. It’s been brilliant and really great working under you. But yeah, it’s an opportunity to play Champions League football and play for an unbelievable club.’ So he says, ‘Yeah, we’ll sort it out. We’ll get another goalkeeper in. As long as we get enough money for you, we’ll make it happen.'”

But Hodgson left the club himself to take over as manager at Liverpool soon after, and the transfer broke down when Mark Hughes was appointed as Fulham boss.

When given the chance to ask Wenger for his take on the failed move while working for Optus Sport, Schwarzer quizzed the Frenchman. Watch the video below for Wenger’s explanation.

“You were too expensive!”