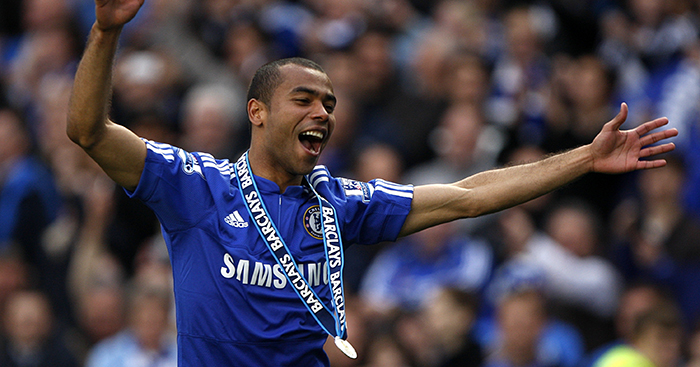 Ashley Cole won three Premier Leagues, seven FA Cups, the League Cup, the Europa League and the Champions League with Arsenal and Chelsea – but he was in no doubt when asked for the best season of his career.

Cole was considered as one of the best left-backs in the world for several years, but most players recall a time when they felt at their absolute best, and Cole is no different.

Asked for a time in his career when he felt at his best, the former England international did not hesitate.

“Probably 2010 when I was at Chelsea (was my best year),” Cole said at NBC’s Premier League Mornings Live event in the US. “We won the double that year, and that year was probably the best time of my career.

“It was unfortunate I got injured and was out for three months, but it was the most goals I scored in a season – I scored five goals – it would have been more…”

Ashley Cole spoke to @AveryDennison about playing for Wenger and Mourinho, and his best ever season. #CFC #AFC pic.twitter.com/YL2H4neBm5

As one of the few players to have worked for both Arsene Wenger and Jose Mourinho, Cole also briefly discussed the differences in the pair’s managerial style – and his words will come as little surprise to anyone.

“It was two different styles of management. Arsene Wenger was more of a ‘go out, I trust you, you do your thing’ basically, and of course under Jose Mourinho it was a little more detailed in how he wanted to play.

“I learned a lot from both and it definitely shaped me into the kind of player and the kind of man I was at the time.”