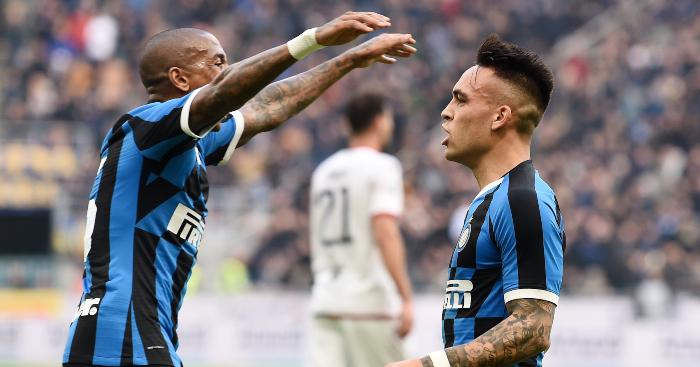 Ashley Young marked his first appearance for Inter Milan since leaving Manchester United with an assist for Lauturo Martinez in a 1-1 draw with Cagliari at the San Siro on Sunday.

After nine years at Old Trafford, Young left United for Inter earlier this month in a cut-price €1.5million deal, with his contract set to expire in the summer.

The 34-year-old was given his Inter debut by Antonio Conte, lining up at right wing-back, and took just 28 minutes to provide the cross for Martinez to open the scoring.

But Inter dropped two points in the title race as former player Radja Nainggolan equalised in the 78th minute before the hosts had Martinez and Tommaso Berni sent off in stoppage time.