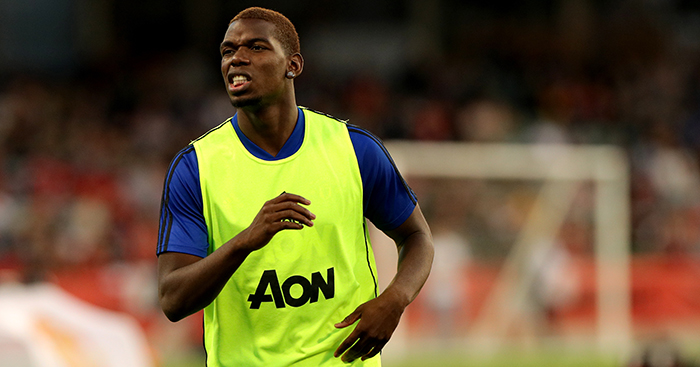 Paul Pogba’s future at Manchester United may be uncertain, but it’s still questionable whether he deserved Ashley Young booting the ball at him from close range in training at the WACA on Thursday.

Pogba’s agent Mino Raiola has said the midfielder wants to leave Old Trafford this summer, claiming he is “in the process” of making it happen.

However, despite reported interest from Real Madrid, Pogba still travelled to Australia with his team-mates on Sunday for the club’s pre-season tour.

And he was all smiles in their latest session in front of fans in Perth when he got in the way of a heavy Young clearance but fortuitously succeeded in rebounding the ball into the net.

Watch the amusing moment below.