Watch: Aubameyang and Lacazette show off their bromance again 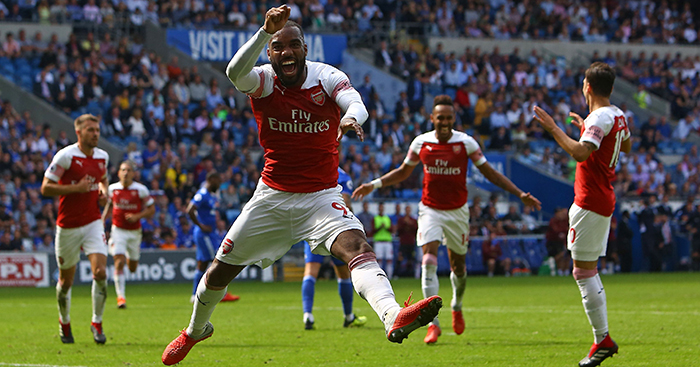 Pierre-Emerick Aubameyang and Alexandre Lacazette both scored in Arsenal’s 3-2 win over Cardiff City on Sunday – and supporters are loving their budding bromance.

Starting together for the first time this season, the two forwards just about justified Unai Emery’s bold line-up with the third and fifth goals of the afternoon as the Gunners made it back-to-back wins.

Neither had scored in their opening three games of the season, but Lacazette had started each of them on the bench, and the way he dovetailed with Aubameyang at times is sure to have given Emery food for thought going forward.

And the way in which they react to each other scoring is delighting Arsenal supporters, with their celebration for Lacazette’s winner a particular highlight.

Lacazette and Aubameyang when they play together (six games):

Asked about his partnership with Aubameyang after the match, Lacazette’s face lit up while Aaron Ramsey giggled off screen.

The Frenchman has now scored five and assisted two goals in the last five Premier League games he has started, while only Mohamed Salah has scored more goals in the competition than Aubameyang since the former Borussia Dortmund made his debut in February.

Lacazette on his partnership with Aubameyang. #afc pic.twitter.com/GNzQXZ2iFE