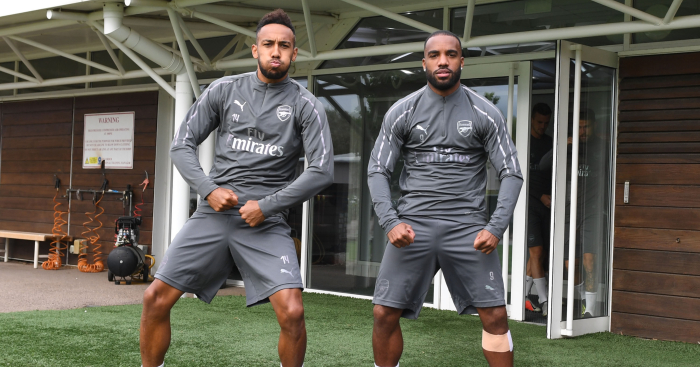 Pierre-Emerick Aubameyang and Alexandre Lacazette may have developed the Premier League’s ultimate bromance – but the former Borussia Dortmund striker delivered the ultimate slight on the France international in Arsenal’s 2-1 win at Newcastle United on Saturday.

Aubameyang and Lacazette have become the Premier League’s favourite buddy cop duo since the Gabon international moved to north London from Borussia Dortmund in January.

The Gunners travelled to Newcastle on Saturday and came away with a 2-1 win thanks to goals from Granit Xhaka and Mesut Ozil, with Ciaran Clark bagging a late consolation for the hosts.

But, while Arsenal’s players celebrated Xhaka’s excellent opener, Lacazette stood waiting for a high five from his best mate, only to be given the cold shoulder.

Look at my man Lacazette waiting for that high five. Wouldn’t be surprised if Auba did this to him on purpose. 😂 pic.twitter.com/eBgayWdxlp