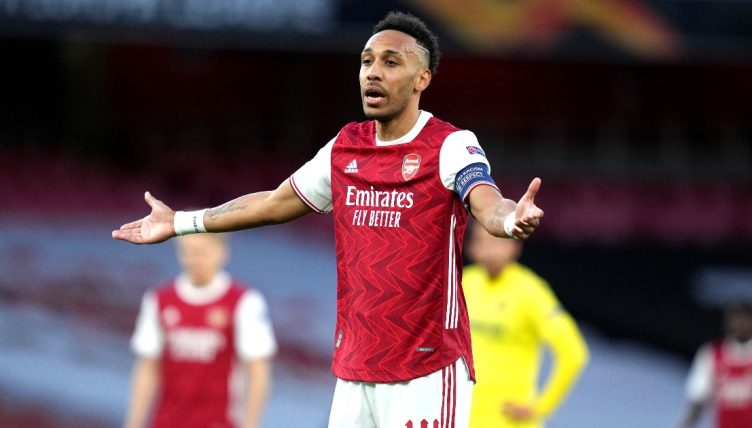 Arsenal can have few complaints after their Europa League semi-final defeat to Villarreal, but Pierre-Emerick Aubameyang will be left thinking about how agonisingly close he came to getting a vital goal.

Mikel Arteta’s Gunners only registered three shots across both legs, as his predecessor Unai Emery came back to haunt them, leading Villarreal to their first-ever European final.

A somewhat dubious penalty gave Arsenal a real lifeline with an away goal in last week’s first leg, but they failed to take advantage as their poor form at The Emirates continued with a 0-0 draw on the night, 2-1 on aggregate.

Aubameyang is coming back to fitness after a spell out with malaria, and often cut a frustrated figure, having registered just 14 touches on the night. But two of those touches came incredibly close to resulting in a goal that would’ve seen Arsenal through, having hit the woodwork in each half.

In the 25th minute,  a well-struck volley clipped the outside of the post, and again he was denied late on – his last act before being substituted by Arteta – after his header squirmed away off the post and goal line.

So close from Pierre-Emerick Aubameyang! 💥

Arsenal's best chance from the first half… pic.twitter.com/S0P5N2n0tW