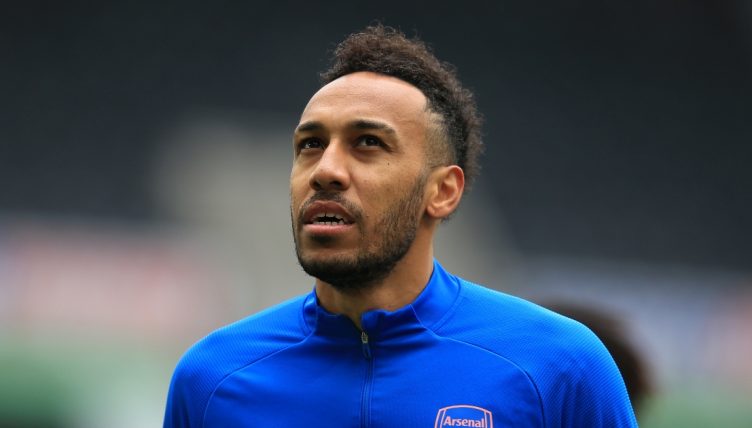 Arsenal and Tottenham clashed in a pre-season friendly on Sunday afternoon with both clubs looking to improve on disappointing 2020-21 campaigns, and Pierre Emerick-Aubameyang seemed eager to enjoy himself.

Last season saw the Gunners and Spurs finish eighth and seventh respectively and both north London clubs have had busy summers.

Mikel Arteta is eager to carry out a squad overhaul ahead of the new campaign, with three new faces already arriving while Nuno Espirito Santo is scrapping to keep hold of his star man, Harry Kane.

The Tottenham and England talisman was not involved in the derby on Sunday so it was left to Arsenal’s front-man to provide some entertainment.

As the first half of the match drew to a close, Aubameyang found himself faced with the onrushing figure of Pierre-Emile Hojbjerg, a situation that would daunt most players.

But the Gabon international kept his cool and pulled off a brilliant dummy, sending the Dane flying past him and creating a clear run to the Spurs penalty area.