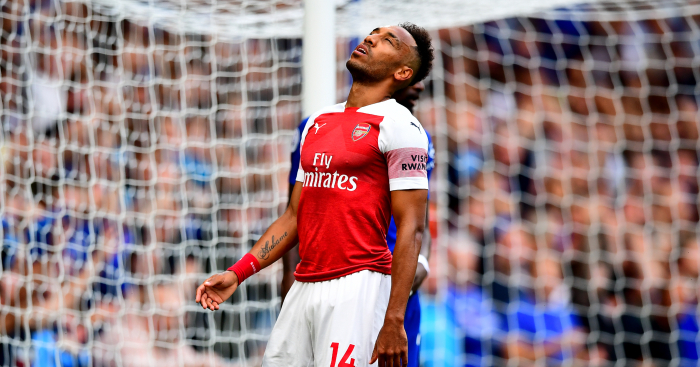 Home side Chelsea had gone one goal in front as Ross Barkley’s pass picked out Marcos Alonso, who squared for the advancing Pedro to slot past former Blues goalkeeper Petr Cech.

And after being dominated for most of the opening quarter of the match, Aubameyang had the chance to bring his side level when he was found by Hector Bellerin.

The ball was played back to him and from just over six yards out, he somehow put the ball over the bar with a lazy finish.

To make things worse, moments later Alvaro Morata got the better of Shkodran Mustafi to get in behind, rolling the ball past Cech to make it two for Maurizio Sarri’s men.

Watch the horrific miss from Aubameyang below.

Then, after Chelsea’s second, Henrikh Mkhitaryan did the same, skying the ball from eight yards out after Alex Iwobi cut the ball back to him.