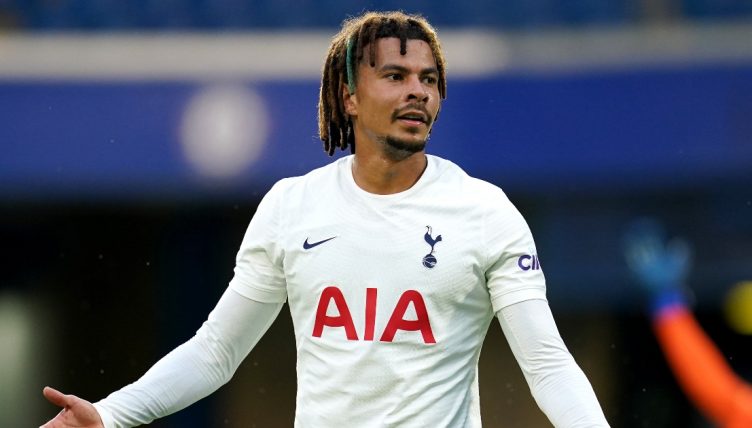 Arsenal and Tottenham clashed in what was supposed to be a pre-season friendly on Sunday afternoon – but a tackle from Dele Alli showed that was not necessarily the case.

Both clubs will be looking to improve on disappointing 2020-21 campaigns and there is no doubt that both Mikel Arteta and Nuno Espirito Santo would have seen Sunday’s match-up as a real chance to boost squad confidence.

It was the hosts who came out on top at the Tottenham Hotspur Stadium, Son Heung-Min scoring with a smart touch and finish 12 minutes from full time.

But there was a moment towards the end of the first half, however, that got many Arsenal fans angry and showed that this was a friendly in name only.

Granit Xhaka played a pass back to Nicolas Pepe just inside the Tottenham half before Dele Alli flew in with a tackle that was a bit on the aggressive side.

Both Xhaka and Alexandre Lacazette were clearly unhappy with the challenge and the Spurs creator found himself in the book as a result.