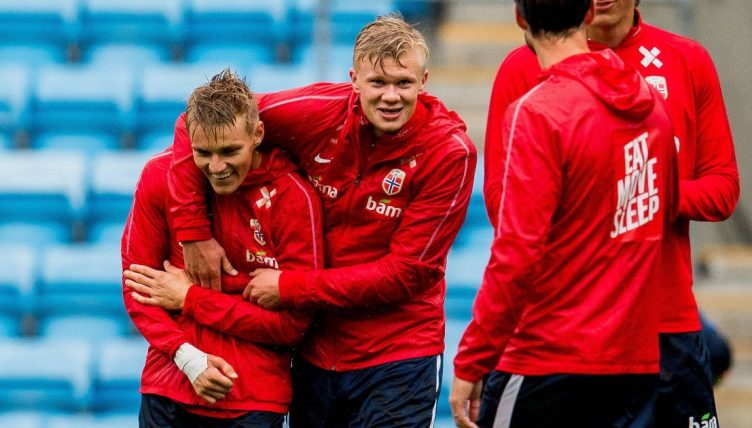 There’s evidently no shortage of team spirit in the Norway camp, at least when it comes to the relationship between Borussia Dortmund superstar Erling Haaland and Arsenal playmaker Martin Odegaard.

Odegaard, on loan at Arsenal from Real Madrid, is already captain of Norway at the age of just 22, which just shows you the wealth of experience he already possesses.

The midfielder was forced off with an ankle injury against Gibraltar on Wednesday evening, but it appears to have only been a precaution. He’s expected to feature in Saturday night’s qualifier against Turkey.

It wasn’t long since Odegaard himself was being spoken of as the national team’s great new hope, but nowadays all the attention is on Haaland, with hope the 20-year-old Dortmund striker can fire Norway to a first major tournament since his father was turning out for them 20 years ago.

Getting Odegaard and Haaland clicking is central to Norway’s hopes going forward, and it certainly seems like they get on from this clip, with the Arsenal man’s interview hilariously gatecrashed by his team-mate, with pirate impressions and shouts of “ay ay captain!” throughout.