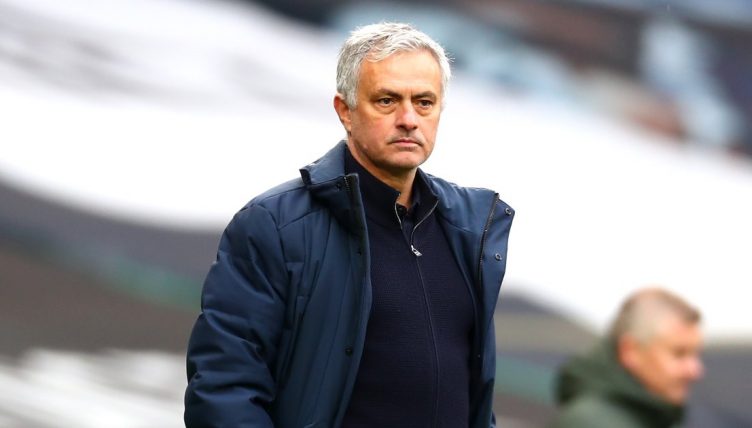 Jose Mourinho was left confused after being asked about Tottenham‘s new sponsor ahead of their Premier League game against Everton.

Spurs had announced that they have signed a sponsorship deal with Dulux, who have become the club’s official paint supplier.

“Can the dog play at centre-back?” one fan tweeted. “He might do a better job Chris,” the company bantered back with a laughing emoji.

They then mocked up a graphic of an empty trophy cabinet that contained the Spurs badge and wrote: “For sale, unused trophy cabinet.”

The exchanges saw Dulux briefly trending as number one on Twitter before the tweets were later deleted.

Mourinho, who clearly had no idea about the whole thing, was then asked if he likes the old English sheepdog that is synonymous with the Dulux brand.

“What’s that?” Mourinho responded before turning to his press officer for assistance.

We can’t help but feel sorry for the person who has to tell Mourinho what’s happened.

“Are you a fan of the old English Sheepdog… your new club sponsor?” 😂