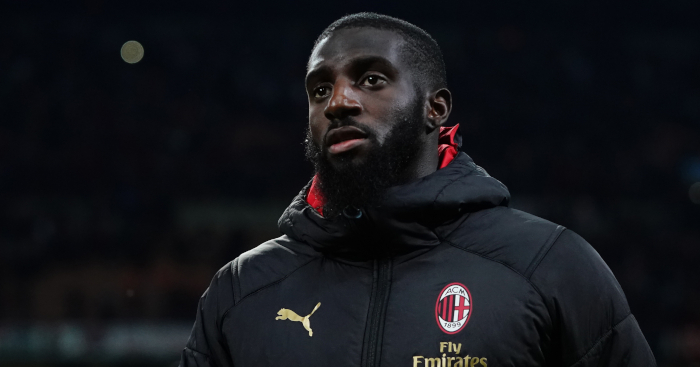 Tiemoue Bakayoko revealed himself as the bravest footballer in the world on Monday night as the on-loan Chelsea midfielder appeared to tell his AC Milan boss Gennaro Gattuso to ‘f*ck off’.

Milan beat Bologna 2-1 at the San Siro in an eventful game to move to within three points of fourth-placed Atalanta.

Goals from Suso and Fabio Borini gave the hosts a comfortable lead, only for Lucas Paqueta to be sent off with 15 minutes remaining, with Bologna pulling a goal back through Mattia Destro.

But Bologna had two of their own players sent off in injury time as Nicola Sansone and Mitchell Dijks were dismissed.

There had been a flashpoint in the first half when Gattuso called for Bakayoko to replace the injured Lucas Biglia, only to instead turn to Jose Mauri.

“I told Bakayoko to warm up, he took his time and I chose Mauri,” Gattuso said afterwards.

“I have 27 players, we wear a glorious shirt and I must be objective and honest in everything I do. I waited seven or eight minutes, he still had not put on his shin pads so I made that choice.”

Bakayoko himself said: “When I returned to sit on the bench, the coach turned to me with terms that I did not expect. I have done nothing but repeat his words, nothing more.”

Poor Patrick Cutrone was stuck in the middle of the exchange, and his expression was a sight to behold.