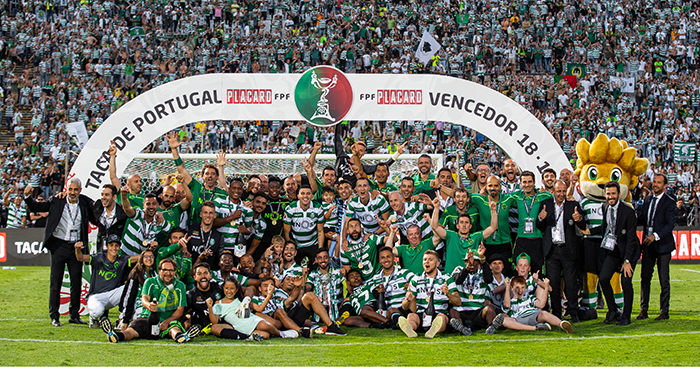 Sporting beat Porto on penalties to win the Portuguese Cup at the weekend – but the real story is that the match ball was delivered by a man who’d moments before been upside down on a motorbike.

We’re distraught we didn’t know this before, but it turns out this has become a bit of a tradition before the cup final in Portugal.

In 2017, the ball was delivered to the referee by a man on a hoverboard, then in 2018 the ball moved through the air by itself into the centre circle before the ref signalled for it to jump up off the floor into his hands.

This year’s effort perhaps wasn’t quite as incredible, but it still involved a man driving a motorbike up a huge rank, performing a 360 spin in the air and casually dropping the ball on his way down before landing safely on a ramp on the other side.

Frankly, it makes the build-up for the FA Cup final look a bit naff.

You can see the ball being delivered in all three of the most recent cup finals below.