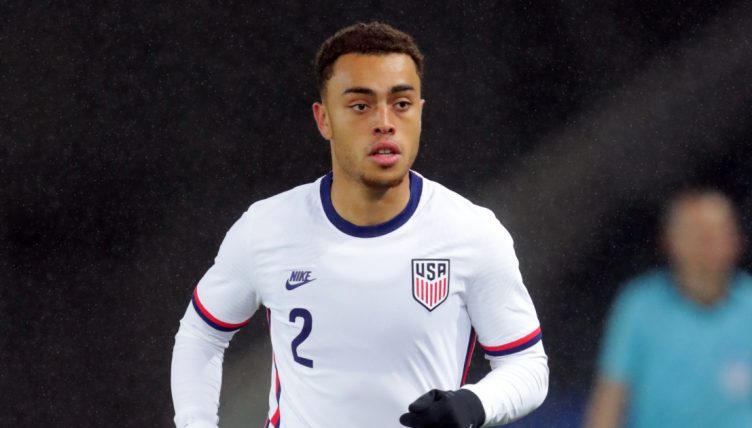 Barcelona defender Sergino Dest scored his first USA goal with a long-range effort during their 4-1 win over Jamaica.

Dest, who moved to Barca from Ajax in 2020, was making his sixth appearance for the US national team after choosing to represent them over the Netherlands – the country of his birth.

During their friendly with Jamaica, hosted in Austria due to pandemic travel restrictions, the USA showed why there is plenty of hype over their talented collection of youngsters by strolling to success.

The main highlight of the evening was Dest’s debut goal. With the game goalless after half an hour, the full-back received possession on the half-way line and ran at a terrorised Jamaican defence.

After dodging one half-hearted challenge, Dest cut inside and unleashed an unstoppable curling effort that the goalkeeper could only make a token gesture to save.

As hosts of the 2026 World Cup, the USA will be hoping to build a side that can challenge for the trophy.

Dest seems destined to central to these ambitions.