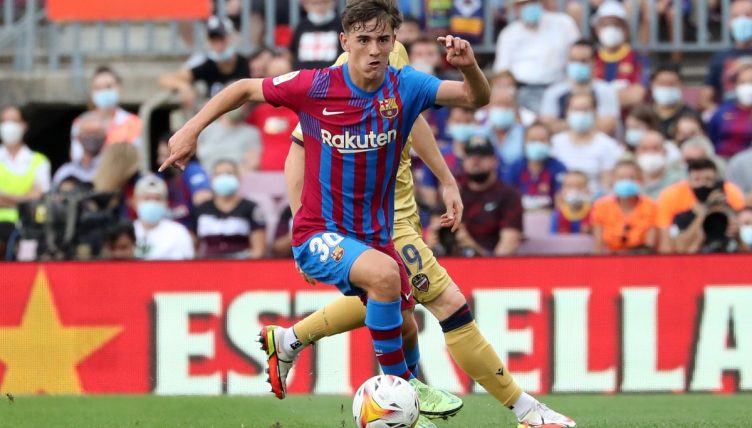 Barcelona teenager Gavi showed off his talent with a series of impressive skill moves in front of the cameras during a team training session on Monday.

The 17-year-old, who is currently enjoying a breakthrough season in the Blaugrana first team, casually juggled the ball 17 times using his feet, thighs and chest after having it chipped to him by a teammate, before then calmly volleying the ball away with the back of his heel.

It’s been a strong start to professional football for the young midfielder. He already has four first-team appearances to his name after catching the eye of manager Ronald Koeman during the club’s pre-season, and shone during Saturday’s impressive 3-0 victory over Levante.

Barca fans will be hoping this is a sign of more to come from Gavi, however, as the club have endured a disappointing start to the 2021-22 season, currently sitting 6th on the La Liga table.

Gavi is just one of a few exciting youngsters emerging at Barcelona amid their financial crisis. There’s hope that between him and the likes of Ansu Fati and Pedri, the club can get back on the right track.