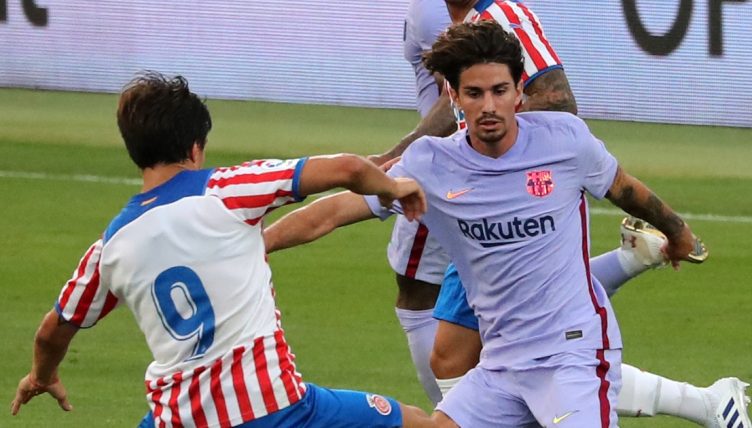 Lionel Messi is currently enjoying a well-earned holiday, but one of Barcelona‘s academy prospects stepped up with a decent impression of their talisman in their pre-season friendly against Girona.

22-year-old Catalan Alex Collado has been on Barcelona’s books since he was 10 years old, but he’s only made two competitive first-team appearances and spent the entirety of the 2020-21 campaign turning out for the B team.

The jury remains out on whether Collado, an attacking midfielder, will make it at his boyhood club but he certainly took the opportunity to impress against Girona.

In the dying minutes, he showed a mix of hunger and energy to press and win the ball back. He then faced three challenges, with a pirouette to evade the first man, a cheeky nutmeg to leave a second on the floor, and some decent control to turn away from a third Girona shirt and offload the ball back to safety. Just like watching Messi.

There are widely-reported complications with Barcelona’s finances and getting Messi registered again, but the expectation is that he’ll join back up with his club next month. He’s currently enjoying time away with his family after leading Argentina to Copa America glory earlier this summer.

Elsewhere in the 3-1 victory, new recruit Memphis Depay capped off the result with a penalty on his debut, while former Leeds United midfielder Samuel Saiz scored a panenka penalty for Girona.