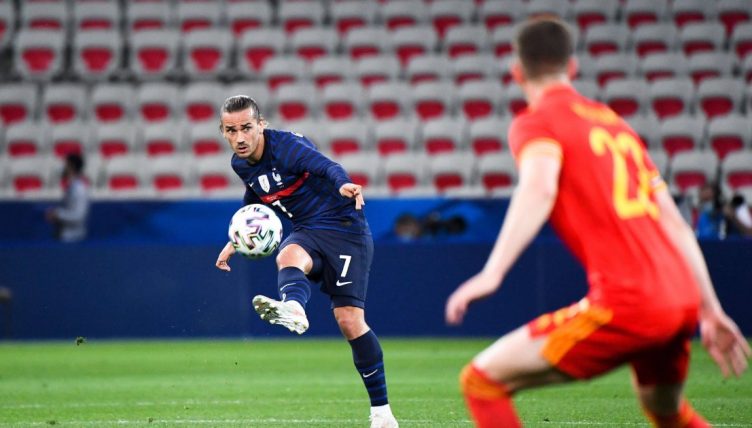 Antoine Griezmann provided an ominous warning to the rest of Europe with a superb strike in France’s Euro 2020 warm-up match against Wales.

Having reached the final of Euro 2016 before winning the World Cup in 2018, France head into this summer’s tournament as one of the big favourites, underlined by the brilliant XI of players you could name from those who failed to make Didier Deschamps’ squad.

Barcelona forward Griezmann lined up against Wales as part of a frightening front three alongside Kylian Mbappe and the returning Karim Benzema.

Benzema could have opened the scoring from the penalty spot after Neco Williams was given an “absolutely ridiculous” red card for handball, only for Danny Ward to save the Real Madrid man’s spot-kick.

Mbappe did give France the lead in the 35th minute, and Griezmann made it two shortly after half-time, bending the ball into the top corner from the edge of the box. Ooh la la.

Beautiful link-up play between Mbappe and Griezmann for this goal 😍 pic.twitter.com/dfhA7uO2x5