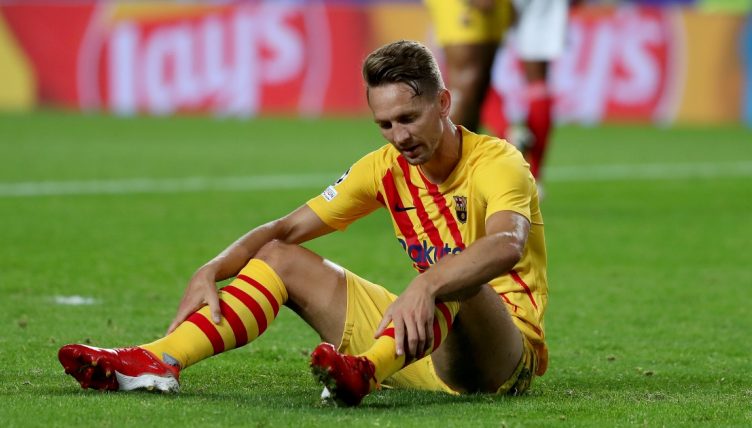 Barcelona‘s decision to sign Luuk de Jong invited a mix of scorn and derision. The Dutch striker fluffed a big chance to silence his critics in their Champions League clash with Benfica.

Many believe that De Jong is not up to the standards that Barcelona have set in recent years, given he famously scored no goals in 12 appearances at Newcastle United and had a tendency to regularly spurn big chances at Sevilla.

But he was a prolific goalscorer and three-time Eredivisie winner with PSV, while Barcelona manager Ronald Koeman seems to like him, going back to his time in charge of the Netherlands national team.

The 31-year-old opened his account for Barcelona at the weekend in a 3-0 win over Levante, but he missed a golden chance with the goal gaping against Benfica.

It would have been a much-needed goal after Darwin Nunez opened the scoring for the hosts inside just three minutes, and a quick response just six minutes later. It was a nicely-worked move by the Catalans, in which Frenkie de Jong put it on a plate for his namesake.

In fairness to the striker, it was an absolutely exceptional defensive block by Lucas Verissimo. But De Jong will look back at this clip and wonder how he didn’t score.