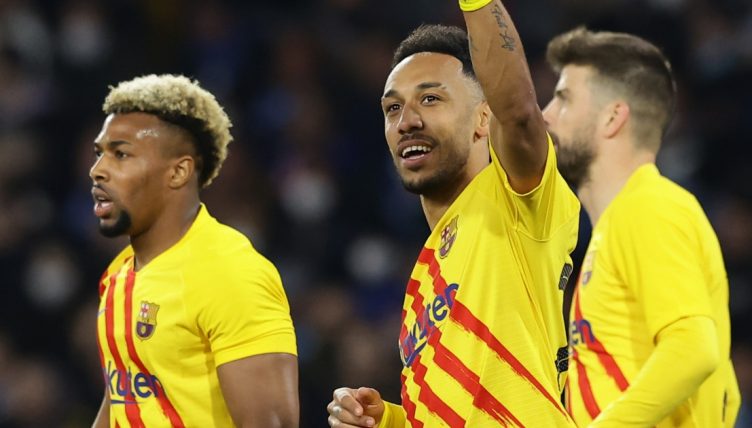 In a six-goal thriller in Naples, Aubameyang’s curling effort on the hour mark was a standout moment as Barca ran out 4-2 winners on the night to progress into the last 16.

It’s been a fantastic few days for the Gabon international who appears back to his best following an underwhelming start to the season at Arsenal. He netted a hat-trick in La Liga at Valencia on Sunday and continued his hot-streak in front of goal tonight for his new club.

The ball arrived at the 32-year-old’s feet 25-yards from goal courtesy of fellow high performing team-mate Adama Traore, and he fired into the top corner with precision to all-but seal victory.

“I really wanted to go to Barca. I gave up my salary because it is an opportunity that you have once in your life,” Aubameyang revealed when he made the switch to Spain on deadline day in January.

It’s still early days in his Barca career, but the forward is so far relishing life away from the Premier League. Four goals in his first six appearances for Xavi’s side represents a return we became accustomed to seeing from him at the peak of his powers at Borussia Dortmund and Arsenal.

What a finish by Pierre Emerick-Aubameyang 🔥

That's why Barca signed him, what a performance by Xavi's side in Naples!#UEL pic.twitter.com/f7IF57boTm