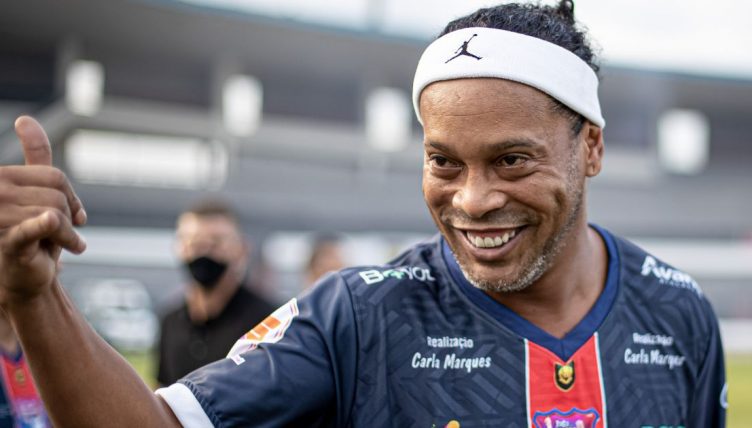 On the beach playing futvolei is exactly where we like to imagine Ronaldinho spends most of his time now, and that is where he was spotted pulling off a signature no-look pass as Christmas 2021 approaches.

The former Barcelona, PSG and Brazil star is a true legend of the game. At his peak there were few better and he really could do anything he wanted with a football between 2004 and 2006.

He won the Ballon d’Or in 2005 and, had he shown a little more focus, he could have maintained that level for a good number of years.

As it was, he preferred the beach and the booze and, well, who can blame him?

Indeed, with tricks and flicks galore, it suits the 2002 World Cup-winner down to the ground. And he proved that in a recent game in which he took on fellow Brazilian football legend Romario.

In a pretty incredible passage of play, Romario’s team-mate acrobatically smashes the ball over the net with the sole of his foot, but Ronaldinho is unfazed.

When most would have panicked, he played an unreal no-look thigh pass to his colleague, keeping the point alive.

Somehow, though, Romario’s mate Tavinho keeps things going even longer and manages to win the point for him and Romario at the second attempt.

Ronaldinho certainly looks like he’s enjoying himself. Well, it’s a darn sight better than a Paraguayan prison cell, isn’t it?