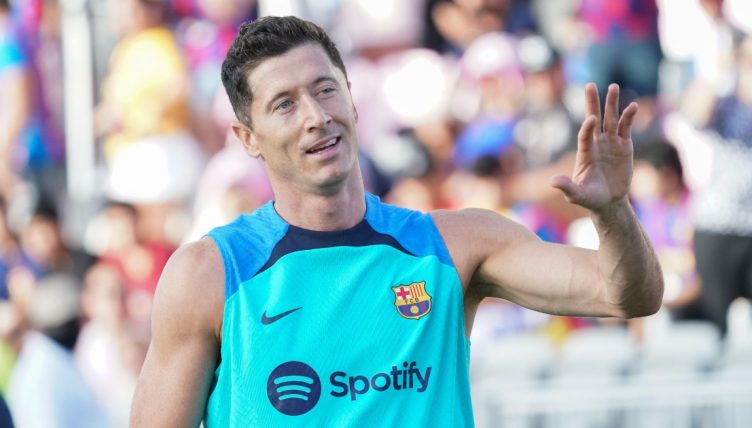 Lewandowski has spent the last eight seasons at Bayern Munich and managed to establish himself as one of the best strikers in the world.

He scored 344 goals in 375 appearances in all competitions, helping the club win eight Bundesliga titles, three DFB-Pokals, the Champions League, the UEFA Super Cup and the FIFA Club World Cup.

But the Poland international opted for a new challenge after the 2021-22 season and has joined Barcelona in a £42.5millon deal.

“I was always dreaming to play in La Liga,” Lewandowski told ESPN when asked about his decision.

“I know that my time in Bayern Munich was amazing, and I will be always thankful for the guys, for the club, what they did for me, because I won everything with Bayern Munich, and after 12 years playing in Bundesliga playing in Germany, I knew that it was time to try something new. A new challenge.

“I cannot say bad words about my team-mates, or the club – even though there was kind of politics before – but the time, what I did for the club in these eight years for Bayern Munich was amazing.

“I’m growing up every single season, and I know that to decide to move somewhere else will be more difficult every year. Even now it was very difficult to decide to go to Barcelona because I know what I did, the comfort zone I had in Bayern Munich already, but for me, I was always open to something new.

“I heard that Barcelona wanted to sign me, and that was a sign that maybe now is the perfect timing to go to Barcelona, go to LaLiga. I know that I can still play for a few years on the top high level and that’s why I decided to go to Barcelona. I’m very happy to be part of this team.”

The striker met up with his new team-mates during their pre-season tour of America and made hs unofficial debut in a pre-season friendly against Real Madrid.

After arriving in Spain, he was officially presented as a Barcelona player and 59,026 fans showed up at Camp Nou for the ceremony.

Lewandowski decided to put on a show for the fans, channelling his inner Ronaldinho with an impressive array of skills.