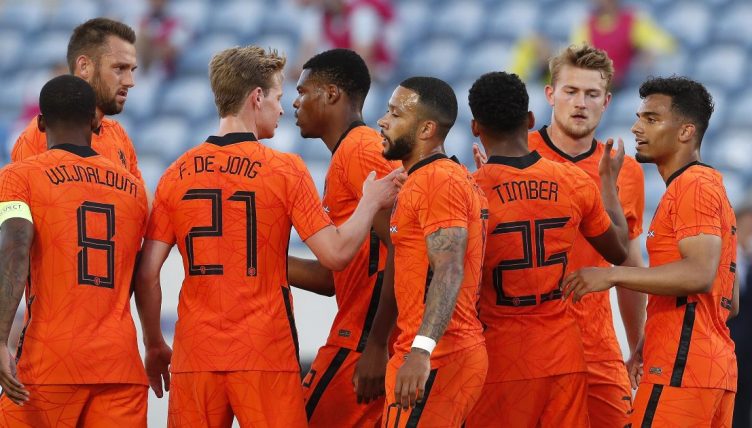 Memphis Depay struck an excellent controlled volley for the Netherlands during their Euro 2020 warm-up match with Scotland in Portugal.

Depay finished the season among the top 10 players in Europe’s big five leagues in terms of combined goals and assists and is reportedly in talks with Barcelona over a free transfer upon the expiry of his Lyon contract, with Netherlands team-mate Georginio Wijnaldum having already agreed to join the Spanish giants.

A deal could hinge on the future of Barca boss Ronald Koeman, who previously coached the attacker with the national side.

But the speculation doesn’t seem to be affecting the 27-year-old’s performances, judging by his tidy finish on the volley against Scotland on Wednesday night, cancelling out Jack Hendry’s opener early opener for Steve Clarke’s side.