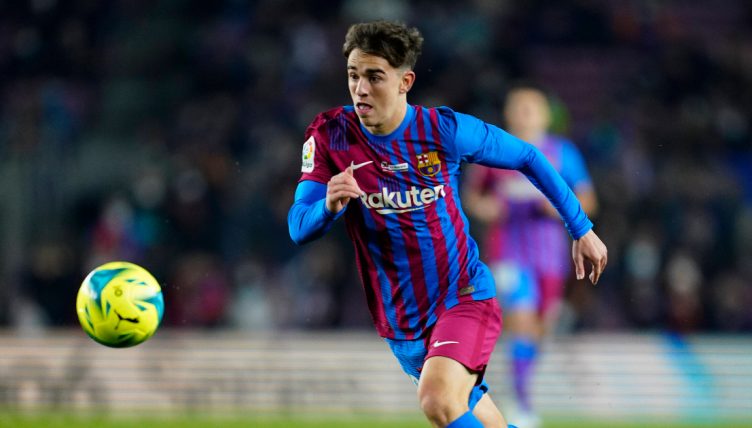 Barcelona’s youth revolution has been one of the few positives from an otherwise dismal season, and Pablo ‘Gavi’ Gavira continued this in style.

In a dramatic 3-2 win over newly-promoted Elche, it was the kids who stepped up, with all three goals coming from fresh Barcelona B graduates: Ferran Jutgla, Gavi and Nico Gonzalez.

Xavi has not had the ideal start to life as manager of the club where he became a legend as a player, but he will have been ecstatic at the way his young team ground out a victory late on for a crucial three points.

Gavi scored the pick of the bunch, with a goal that Xavi himself would have been proud of.

Receiving a pass from Clement Lenglet in the middle of the park, the 17-year-old took a silky turn with a backheel and dribbled forward, before beating the onrushing defender with a deft touch and sending in a low finish via the post.

Not many 17-year-olds can carry a Barcelona team in the way Gavi did with this goal. The Elche defenders couldn’t handle his pace and trickery which resembled a certain Lionel Messi in his younger days, whilst wearing the No.30 shirt that Messi also started out with.

The goal meant Barcelona were 2-0 up within 20 minutes at the Camp Nou, but they were stunned to concede two in two minutes in the second half which levelled the score up before Gonzalez fired in a late winner.

The win sent Barcelona up to seventh place as they look for a top-four finish, and they will need the young Spain international to keep up this incredible form if they are to stand a chance.

Are you watching, Philippe Coutinho?