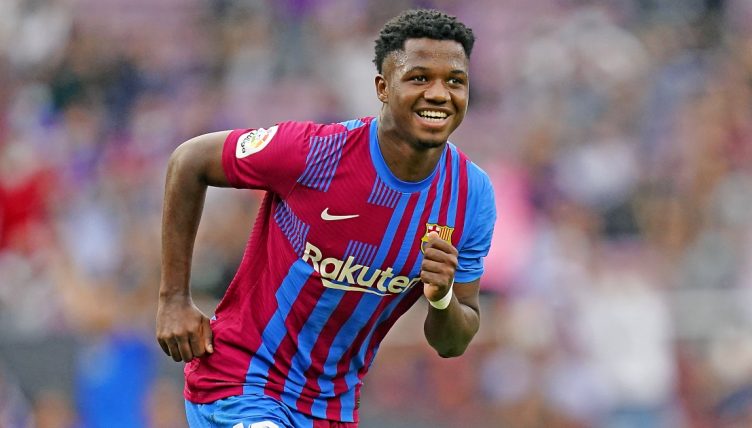 Ansu Fati marked his return from injury by scoring a brilliant goal in Barcelona‘s 3-0 win over Levante at the Nou Camp.

Fati made his senior Barcelona debut at the age of 16 in August 2019 and quickly established himself in the first team, scoring 13 goals in his first 41 appearances.

But the Spain international then suffered a serious knee injury in November 2020 and has spent several months on the sidelines.

“The first days were difficult,” Fati recently told Mundo Deportivo. “I didn’t want to accept it, but it was what it was. I had to accept it and now it’s over. Everything happens for a reason and I’m eager more than ever to enjoy it again.

“The day I put on my boots for the first session I asked the club for permission to have my father and little brother there. When they saw me jump, run and touch the ball they cried. I did too. It was a very exciting day for my family.”

The 18-year-old, who was wearing Barcelona’s No.10 shirt for the first time, made it 3-0 with an excellent strike from outside the box.

He was hoisted into the air by his team-mates and then went into the stands to celebrate with the medical staff who helped him during his recovery.