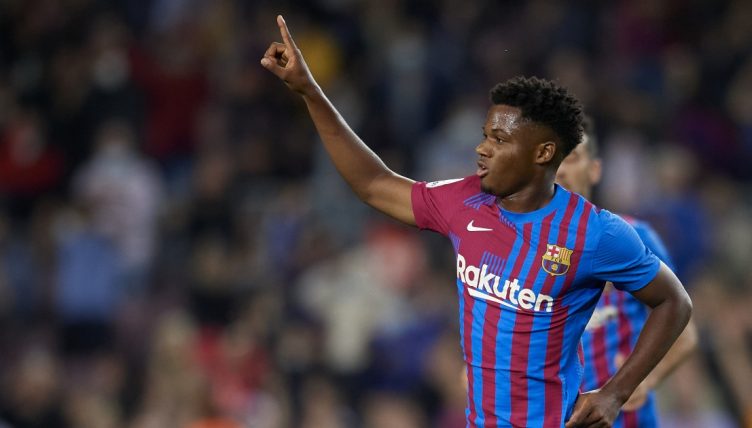 Fati marked his return from injury by coming off the bench to score against Levante before making two more substitute appearances.

The 18-year-old was named in the starting Xl against Valencia and scored an equaliser in the 13th minute after Jose Gaya had broken the deadlock.

He is now wearing Barcelona’s iconic No.10 shirt after Lionel Messi’s departure but clearly isn’t letting the pressure get to him.

“It’s an honour for me,” Fati said in September. “I want to thank the club for giving me the opportunity to wear it, along with the captains and also the fans.

“Leo had it, Ronaldinho and the other greats had it. For me, if you’re at Barcelona you have to be prepared for everything. It’s the best club in the world and the number ten is one more pressure, but being at Barcelona is already a lot of pressure. If you’re in the first team you have to take that on.”

After Fati’s equaliser, Memphis Depay then scored from the penalty spot in the 41st minute to give Barcelona the lead at half-time.

A beautiful curling finish and a strong response from Barca to going behind 🔥 pic.twitter.com/MVaxIRySwT