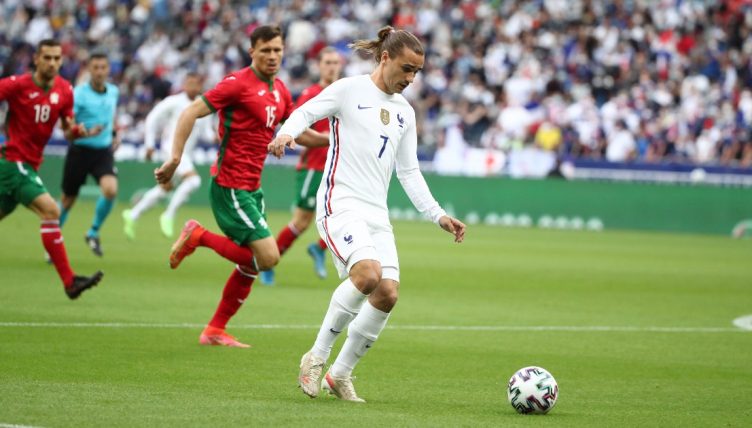 It’s only natural that France are favourites for Euro 2020, given their recent track record and frightening talent in Didier Deschamps’ squad, while Barcelona‘s Antoine Griezmann is approaching the tournament in top form.

Griezmann hasn’t been quite at his prolific best at club level since joining Barcelona two years ago, missing out to his former employers Atletico Madrid in the La Liga title tussle last term, but he remains one of the first names on the teamsheet for Les Bleus. It’s easy to see why.

The 30-year-old forward was a key performer for France as they made it to the final at the last Euros and won the World Cup, and looks set to continue alongside Kylian Mbappe and Karim Benzema in a truly fearsome attack.

He scored a wonderful top-corner strike in France’s last friendly, against Wales, and once again he combined well with Mbappe to open the scoring in their final pre-Euro 2020 preparation outing, at home to Bulgaria.

This latest effort showed another string to his bow, acrobatically showing athleticism to sweetly volley home from 15 yards out with an overhead kick after Mbappe had made a nuisance of himself in the build-up, jinking one way and another before his pass ricocheted into the Barcelona man’s path.

Admittedly the goal is made that little bit less aesthetically pleasing by taking a fortunate deflection off a Bulgaria defender on its way in, but it’s still a lovely strike.