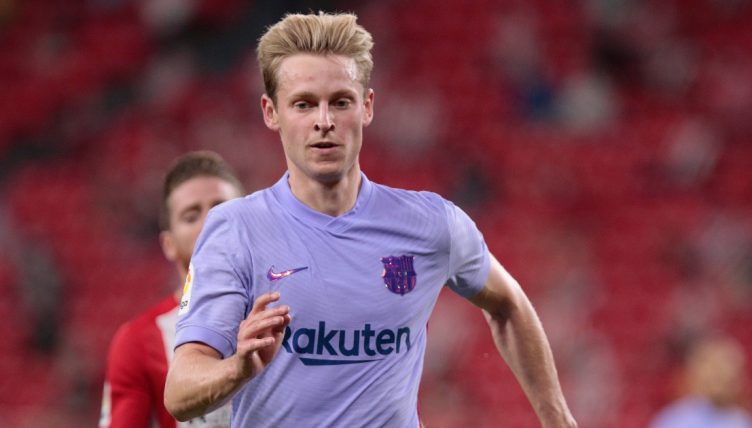 Frenkie de Jong almost scored a goal of the season contender during Barcelona‘s 1-1 draw with Athletic Bilbao – but saw his magnificent chip rebound off the crossbar.

De Jong shone brightly during Barcelona’s first away match of the 2021-22 season and seemed to be at the heart of everything positive his team produced.

And the Netherlands international was desperately unlucky not to add his name to the scoresheet during the second-half.

With Barca trailing 1-0, De Jong combined with his team-mates to produce a scoring oppertunity.

Controlling the ball on his thigh, the midfielder dinked a delightful shot that seemed to have beaten Athletic goalkeeper Unai Simon.

But the effort hit the crossbar and Antoine Griezmann was unable to score the rebound.

De Jong created a late chance for Memphis Depay but Barca were unable to secure victory in the Basque capital.

Watch: Memphis Depay equalises for Barcelona with a thunderb*stard strike