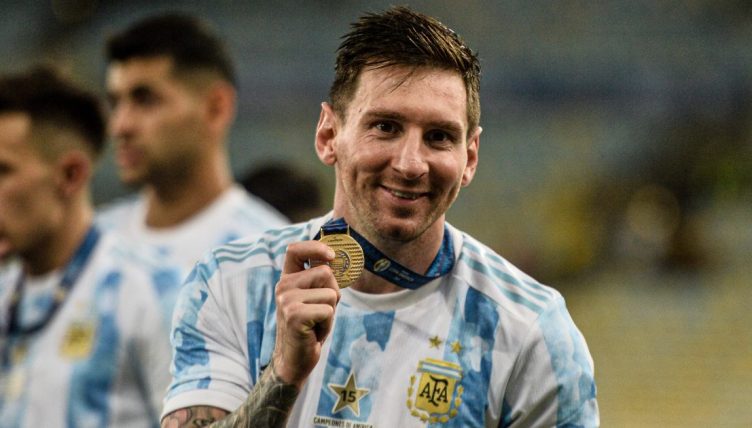 Lionel Messi danced with delight after Argentina beat Brazil in the Copa America final, ending his long wait for a major international trophy.

Messi has endured his fair share of heartbreak throughout his international career, losing in three Copa America finals and the final of the 2014 World Cup.

He announced his retirement from international football after the defeat to Chile in 2016, only to then reverse his decision a couple of months later.

The Barcelona legend was at his blistering best during this tournament, registering four goals and five assists for Lionel Scaloni’s side.

Angel Di Maria got the only goal against Brazil in the final and the victory clearly meant a lot to Messi.

After dropping to his knees at the full-time whistle, he lifted the trophy in front of his team-mates and also spoke to his son on a video call.

The squad then took the celebrations into the dressing room and Messi was seen dancing with the trophy in his arms.

Not Messi dancing with the Copa America trophy before lifting it 😂🕺🏽😍 pic.twitter.com/cqHZh0GxUc

Watch: Lionel Messi shows off winners medal to his son in touching scenes