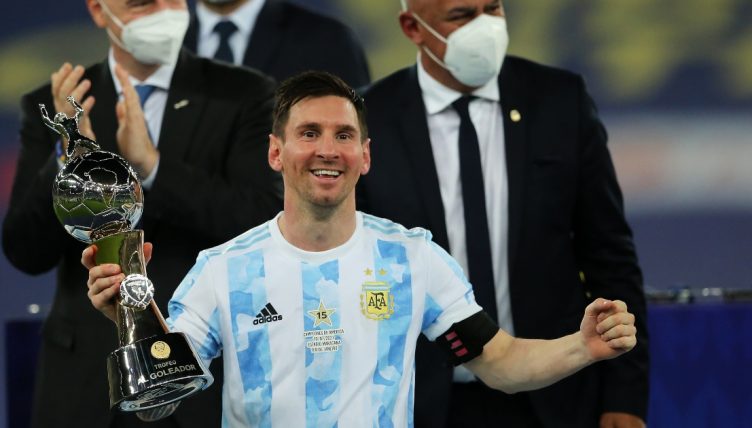 Having lost the 2014 World Cup final and three Copa America finals, Messi couldn’t hide his emotions when the referee blew the full-time whistle at the Maracana Stadium.

The 34-year-old clearly enjoyed the historic victory but still found time to console former Barcelona team-mate Neymar after the game.

After briefly embracing his inner shithouse against Colombia, Messi wanted to be respectful and quickly told De Paul to stop signing the chant.

“The happiness is immense,” Messi told reporters. “Many times I dreamed of this. I had a lot of confidence in this group that became very strong since the last Copa America. “It is a group of very good people, who always push forward, who never complain about anything.”

Even after winning the final against Brazil Lionel Messi stops De Paul of singing a song which makes fun of Brazil.

Watch: Lionel Messi dances with the Copa America trophy in the dressing room