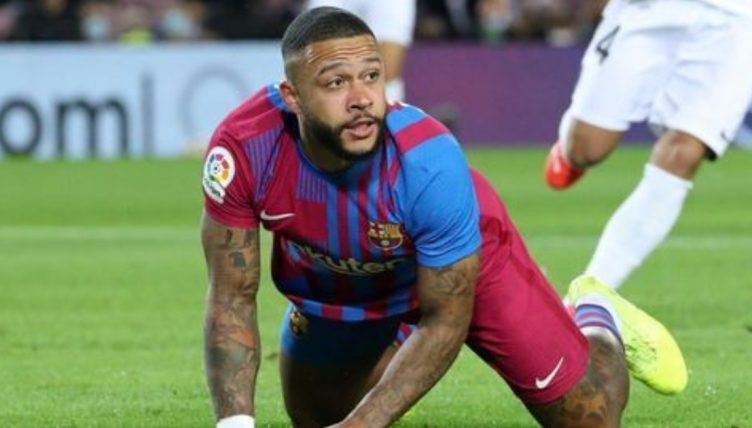 Barcelona summer signing Memphis Depay endured an embarrassing moment after failing an overhead kick during their game against Granada.

Depay, who joined the Catalan club on a free transfer last July, has made a good start to the season with two goals in his first five games.

But he had a moment to forget when he failed to connect with the ball after attempting an acrobatic kick in the 48th minute of Barcelona’s 1-1 draw at the Camp Nou.

The attempt from the former Manchester United man, which came while Barcelona where 1-0 down, summed up a poor performance for Ronald Koeman’s team who currently sit seventh in the La Liga table.

Fortunately for the Spanish giants centre-back Ronald Araujo managed to salvage a point with a 90th-minute goal, taking at least some of the spotlight of Depay.

Is anyone actually bothered at Barcelona anymore? pic.twitter.com/h8yuGqFCR4