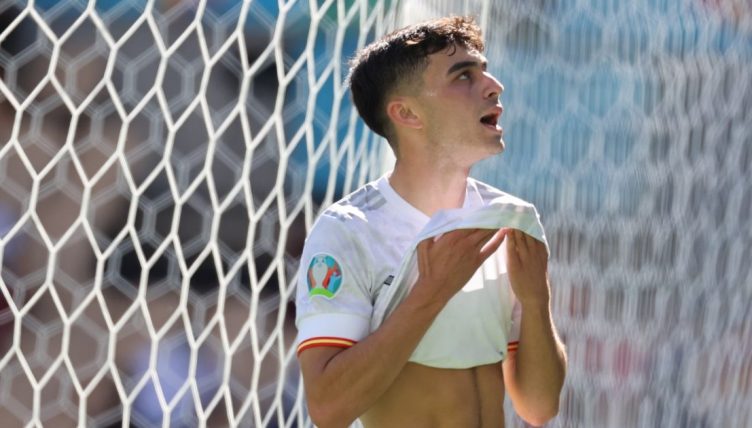 Pedri arrived at Camp Nou in 2020 and enjoyed an incredible breakthrough season with the club, making 52 appearances in all competitions.

Despite scoring a bizarre own goal against Croatia, the 18-year-old has also been one of Spain’s standout performers at Euro 2020.

“Pedri has me hallucinating,” Alvaro Morata recently said. “He plays as if he were 40 years old. There are players who need a long time to manage pressure, others have it as standard.

“Very few have his personality and attitude. He will be one of the best in the history of Spain.”

He made his sixth start of the tournament against Italy and provided a great line-breaking pass to Mikel Oyarzabal, who failed to bring the ball under control.

Italy then took the lead through Federico Chiesa’s strike before Morata silenced his critics to score an equaliser in the 80th minute.