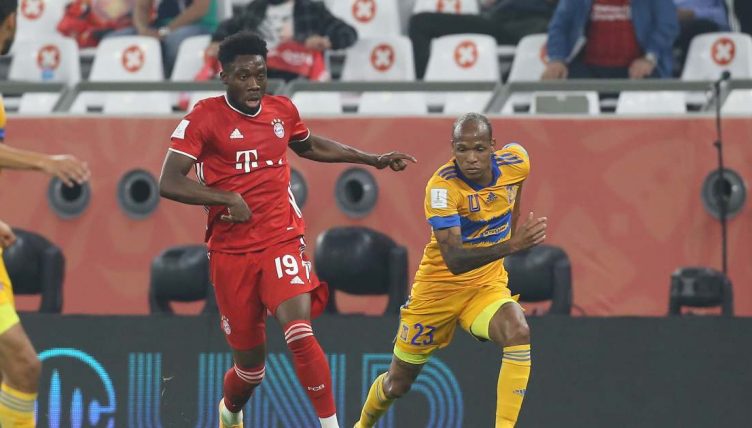 While Benjamin Pavard scored the winning goal for Bayern Munich in the FIFA Club World Cup final, it was Alphonso Davies who provided the real highlight of the game.

Bayern won the treble in 2019-20 before adding the German Super Cup and the European Super Cup to their bulging trophy cabinet earlier this season.

They then came up against Mexican side Tigres in the FIFA Club World Cup final, hoping to become just the second team in history to hold six major trophies at a single time after Barcelona in 2009.

After Robert Lewandowski had a header saved, Pavard reacted quickly to half-volley into an empty net in the 59th minute and that proved to be the winner.

But our favourite moment came courtesy of Davies who produced a filthy nutmeg on Javier Aquino and then left the winger in a heap on the floor.