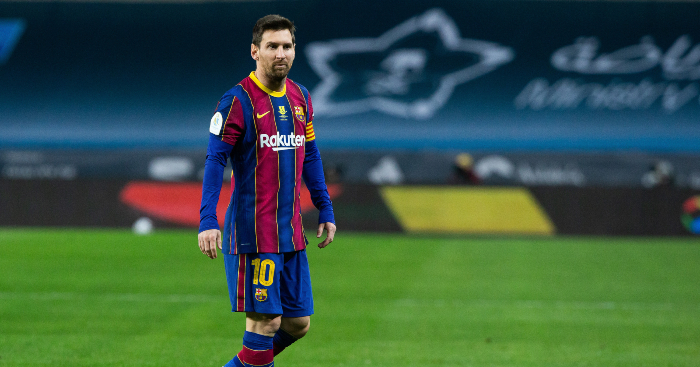 Barcelona once again had Lionel Messi to thank after the Argentina star inspired their comeback to beat second-tier Rayo Vallecano 2-1 in the Copa del Rey on Wednesday.

Drawn against Rayo in the round of 16, Barca were big favourites to progress but made heavy weather of their victory against the lower division opposition.

Despite the likes of Messi, Antoine Griezmann and Sergio Busquets named in the starting XI, Rayo took the lead in the second half as Fran Garcia opened the scoring in the 63rd minute.

Any fears of an upset were eased when Messi equalised six minutes later. The forward then produced a sublime pass, allowing Jordi Alba to tee up Frenkie de Jong for the winner in the 80th minute.

He really is quite good, y’know?

Messi creates the play and De Jong finishes it 🔥 pic.twitter.com/jToTIkq2hH