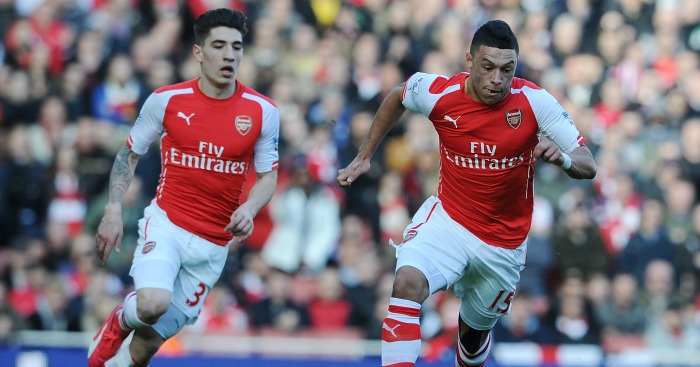 Few subtleties have the ability to make one man feel ten feet tall and another crumble in the eyes of his peers quite like a footballer putting the ball between between an opponent’s legs.

It takes a brave man then to go out of his way and upstage two professional footballers with his skills, but Séan Garnier is that man.

After meeting Alex Oxlade-Chamberlain and Hector Bellerin at the O2 Arena, where they competed in various basketball and football challenges, Garnier’s stunningly quick feet left the Ox completely dumbfounded, before adding insult to injury with a cheeky nutmeg on the Arsenal midfielder.

Bellerin escapes such a punishment but still can’t compete with Garnier’s keepy-ups.

Garnier was previously on the books of French clubs Troyes and Auxerre, but his career was cut short by injuries.

He has since been named French Freestyle Champions on three occasions, although Oxlade-Chamberlain doesn’t look too happy with his antics!