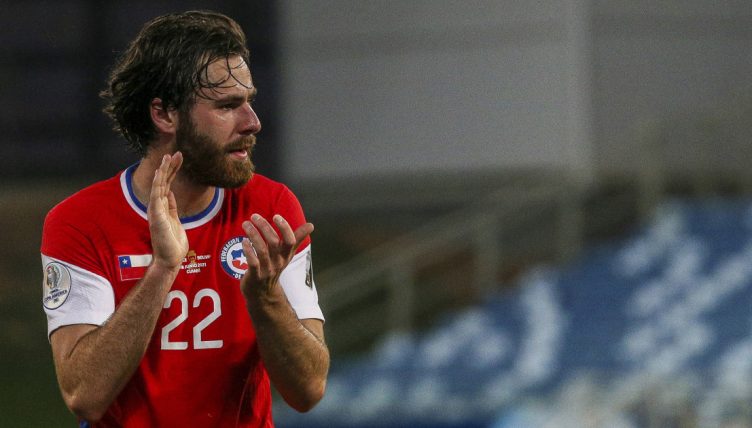 Stoke-born Ben Brereton Diaz continued his stunning form this season with a brilliant looping header for Chile against Argentina in their World Cup qualifying match.

The match ended 2-1 to Argentina, but Brereton Diaz’s goal in the 20th minute had leveled the match at one-all.

Gaston Nunez sent a long floating ball over the top of Argentina’s defence towards the Blackburn Rovers striker, who had sneaked in behind.

He rose to meet the ball and produced a jaw-dropping header that was somehow powerful, floating, and accurate all in one.

The ball looped into the far post, going over the head of Emiliano Martinez in the Argentinian goal who could only trackback and flail a helpless hand towards the ball.

It was a moment of brilliance from the Rovers man, who celebrated passionately by beating his chest and the Chilean badge.

Brereton Diaz is in great form this season, netting 20 times in the Championship for Blackburn in 27 matches and leading their unexpected charge on the automatic promotion spots.

Half Chilean through his mother, he received his national team call-up last year despite playing for England at youth level.

Since then he has won 10 senior caps for Chile and scored four goals, becoming a sensation in the South American nation.

It has contributed to his incredible club form as well, where he decided to use the name Brereton Diaz officially this season.

Ben Brereton Díaz does it again for Chile! 🔥

An outstanding looping header from the back post from the @Rovers man levels it up against Argentina 🇨🇱 pic.twitter.com/v3qSBnlKMR