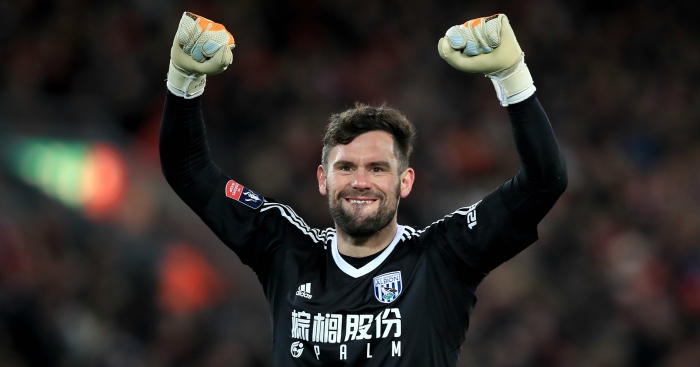 West Brom‘s victory over Liverpool in the fourth round of the FA Cup featured plenty of exciting moments, meaning a brilliant double save from Ben Foster has gone under the radar.

The Baggies pulled off a shock 3-2 win at Anfield in a game dominated by a number of VAR controversies.

Alan Pardew’s men had a goal ruled out by the system, while the awarding of their third was also delayed.

Liverpool, meanwhile, had a penalty awarded thanks to VAR, although Roberto Firmino rattled the bar with the resulting spot-kick.

Firmino had given the Reds the lead in the fifth minute before West Brom raced into a 3-1 lead thanks to Jay Rodriguez’s brace and a Joel Matip own-goal.

Mo Salah pulled one back for the hosts in the second half but they failed to find an equaliser.

Moments before Salah scored, Baggies stopper Foster pulled off an excellent double save, first from Danny Ings and then an excellently awkward effort to keep out James Milner’s shot.