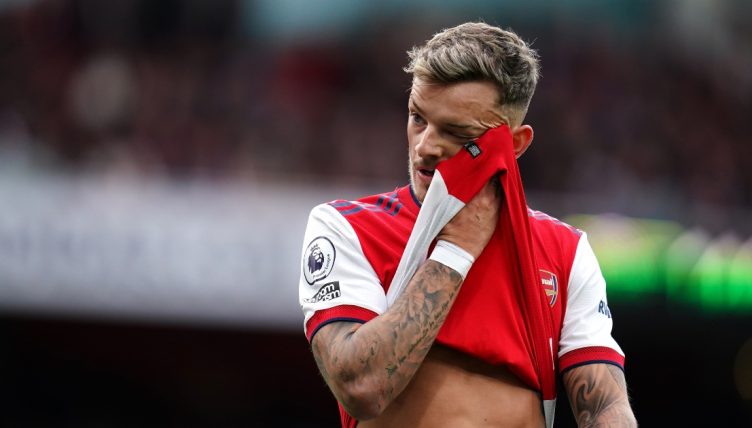 Arsenal were left incredibly frustrated with a number of refereeing decisions during their 2-1 defeat to Manchester City on New Year’s Day – and defender Ben White summed up the upset felt by their players with his reaction at the full-time whistle.

The Gunners had a penalty claim rejected in the first half after Martin Odegaard was caught by City goalkeeper Ederson.

Then, in the second half, City won a spot-kick when Bernardo Silva went over under contact from Granit Xhaka.

Both decisions were contentious and, after succumbing to a last-gasp defeat, Arsenal felt angry that their impressive performance had come to nothing.

“The whole point is to help the game out, in real time it didn’t look like one and slow it down on a screen and it is given.”

But it was White who best expressed how everybody associated with Arsenal felt afterwards by his curt and dismissive attitude towards the matchday officials.

Ben White with the referees after the full-time whistle against Manchester City yesterday. 😡 #afc pic.twitter.com/hqPLWoEbWf