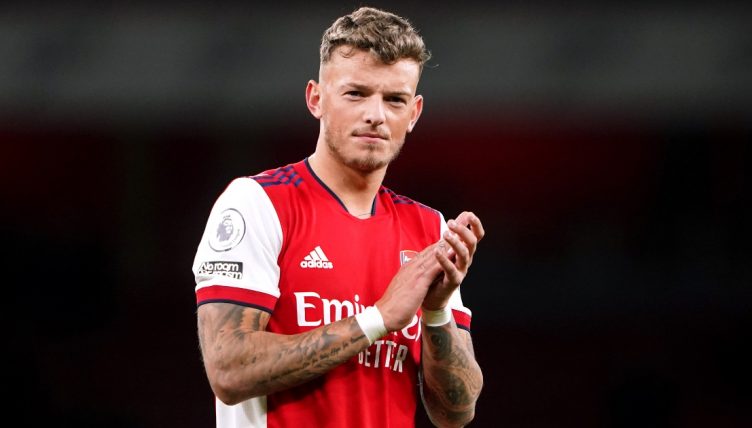 While Arsenal fell to a 2-0 defeat against Liverpool at the Emirates, Ben White and Gabriel Martinelli were still able to embarrass some of their opponents.

White, who has shored up Arsenal’s defence since joining the club in a £50million deal last summer, was also able to showcase his impressive skills during the second half.

The centre-back was being put under pressure by Sadio Mane but showed great composure with a drag-back that left the winger in a heap on the floor.

But Mane ultimately had the last laugh, fooling White with a decoy run before Diogo Jota scored the opening goal. Roberto Firmino then doubled Liverpool’s advantage just after the hour mark with a great flick from Andrew Robertson’s cross.

“From box-to-box, we were at the right level but in the boxes that’s where they won it,” Arsenal boss Mikel Arteta told BBC Sport after the full-time whistle.

“They had two big chances and scored. We didn’t. For the rest, we went toe-to-toe with one of the best teams in the league right now.

“Everything, it was everything we talked about, the quality of it, the mentality, the intensity and the courage. Unfortunately, the result did not agree with the performance.

“I want to win every football game but I am very proud of the boys and the performance and the connection with the fans, they stayed with the players until the end.”

White’s impressive performances in recent months have also seen him earn a recall to the England squad ahead of their upcoming friendlies against Switzerland and Ivory Coast.

Ben White put Mane down for a nap😭😭😭 pic.twitter.com/ifU7QEmbbE