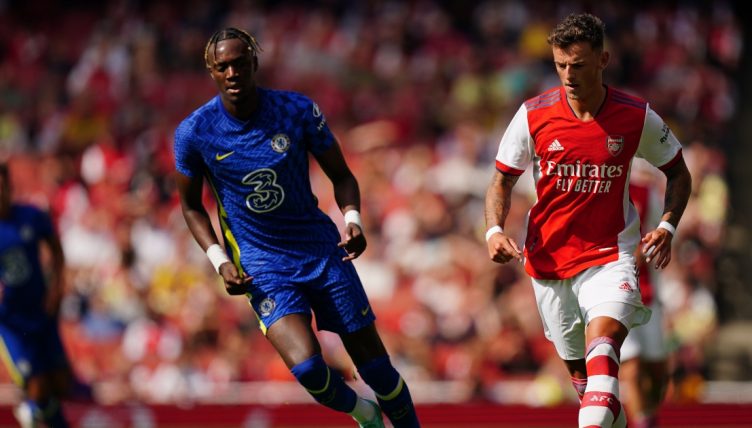 Ben White made his Arsenal debut during Sunday’s friendly with Chelsea  – and prevented a certain goal with a heroic goalline block.

White became Arsenal’s most expensive defensive signing after joining for a fee of £50million from Premier League rivals Brighton.

And the England international was called into service almost immediately after coming off the bench at the Emirates.

Chelsea, leading through Kai Havertz’s first-half strike, dissected the Arsenal defence with one through ball to Hakim Ziyech.

Ziyech lofted the ball over Leno and looked certain to double Chelsea’s lead.

He reckoned without White. Helped by Calum Chambers, who dived in front of Ziyech, the 23-year-old was able to block Ziyech’s shot with his feet before Leno scrambled back to claim the ball.

Arsenal fans will be hoping that White’s interventions will not be needed on a regular basis throughout the upcoming season.