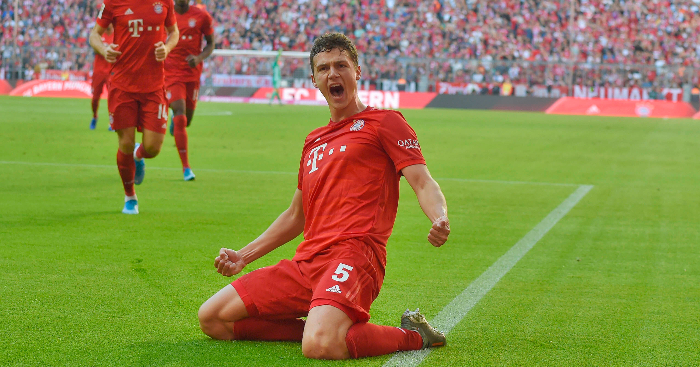 Benjamin Pavard first came to most people’s attention for his stunning strike on the half-volley against Uruguay in the 2018 World Cup.

The Frenchman, who joined Bayern Munich this summer, has shown that it was no fluke. The lad has a knack for catching a ball sweetly on the bounce.

His latest goal, opening the scoring against Union Berlin, was a brilliant effort from just outside the box. Waiting for the ball to drop, he couldn’t have struck it better as it absolutely rocketed into the back of the net. It’s the kind of hit so satisfying you’ll want to watch it over and over again.