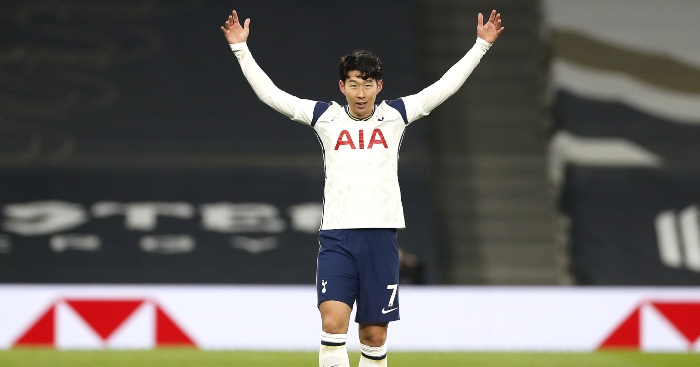 Christian Benteke and Son Heung-min both had a moment to forget before Tottenham kicked off against Crystal Palace.

In support of the Black Lives Matter movement, players have been taking the knee before kick-off since football’s restart earlier this year.

While everyone else knelt down ahead of the game at Selhurst Park, Benteke was clearly too eager to get on with the game and started streaming forward into the opponents’ half of the pitch.

Son wrestled with the striker before the pair realised their mistake and joined the rest of the players in making the gesture, hoping nobody noticed.

Harry Kane gave Spurs the lead in the 23rd minute before Jeffrey Schlupp scored a late equaliser for the hosts.