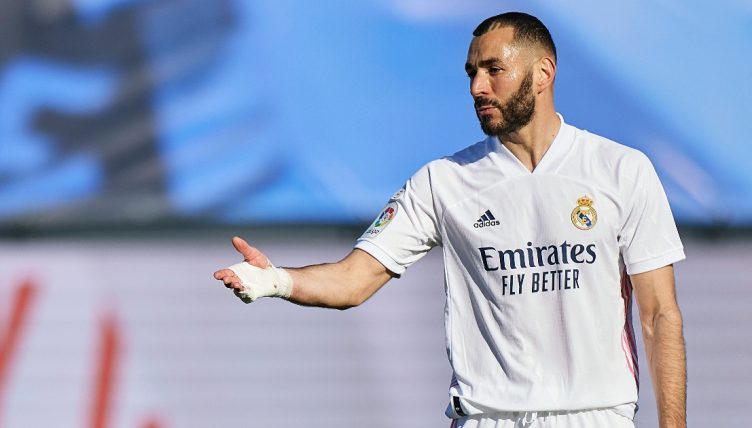 Once again, Karim Benzema proved Real Madrid‘s man of the moment, scoring both goals in a 2-1 comeback victory over Elche.

In the absence of Cristiano Ronaldo, Benzema proved Los Blancos’ talisman in last season’s La Liga title win, and he’s keeping them well in the race this year.

The French striker scored a late equaliser in last weekend’s derby against Atletico Madrid, keeping them within touching distance of their city rivals, and he almost singlehandedly got his side three points away to relegation-battlers Elche.

Dani Calvo put the hosts ahead at the hour mark before Benzema struck back 12 minutes later to get Madrid back on level terms, but it looked like they might’ve had to settle for a disappointing point as the clock ticked into injury-time.

And in the 92nd minute, it was Benzema again, combining well with Casemiro on the edge of the box to sweetly catch the ball on the half-volley, sending an unsaveable strike into the back of the net.