Watch: Benzema sets himself up for France equaliser with ourageous touch 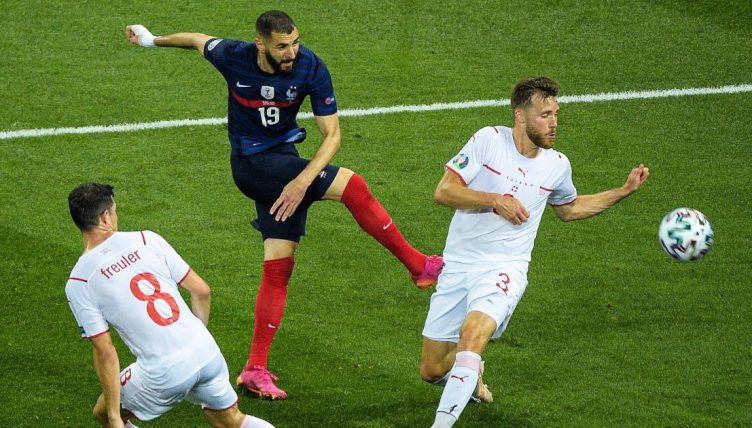 Karim Benzema set himself up with a brilliant first touch to score France‘s first goal in their round-of-16 game with Switzerland at Euro 2020 in Bucharest on Monday night.

The Real Madrid No.9 received a poor pass from Kylian Mbappe but turned it into a perfect opportunity to level the score by flicking it behind his right leg with the laces of his left boot. He then poked the ball into the net beyond a stunned Yann Sommer.

Ally McCoist was on co-commentary duty on ITV and was suitably impressed: “That’s magic, it really is!”

The goal was Benzema’s third of the tournament and minutes later he would he would get his fourth, heading home from close range. The brace turned the game on its head, after Switzerland had taken the lead and spurned a penalty that would have made it 2-0.

“I never doubted myself,” Benzema said after scoring in France’s third group game against Portugal. Why would he when he’s capable of this?