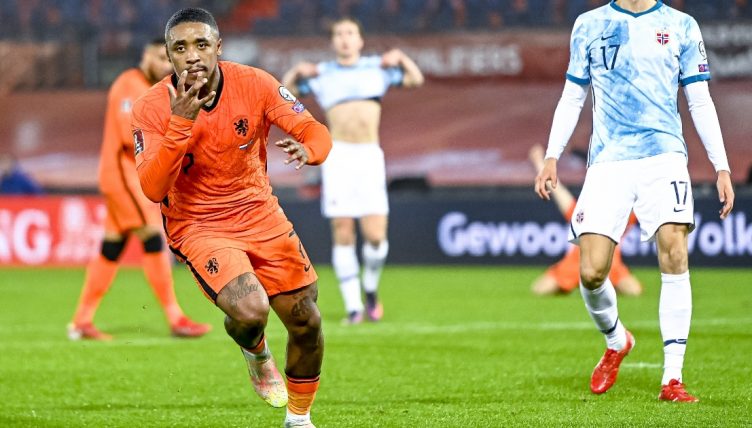 After missing out on World Cup in Russia three years ago, the Netherlands will be back at the world’s biggest football competition in Qatar next year – thanks to Tottenham’s Steven Bergwijn.

UEFA Qualifying Group G remained wide open going into the final match, with Turkey, the Netherlands and Norway left battling it out for the top two spots.

Turkey edged out Montenegro with a 2-1 away win, which saw them seal the second-place play-off spot, leaving the Oranje men slugging it out with opponents Norway for the other spot.

Norway were without injured talisman Erling Haaland in Amsterdam, while an away win would have seen them finish above the Netherlands – who would’ve been out, in third place, with a defeat. The hosts were made to sweat after allowing a two-goal lead to slip in a 2-2 draw away to Montenegro last week.

Louis van Gaal’s men dominated against Norway and created a number of good chances, but failed to break the deadlock until the 83rd minute – when out-of-favour Spurs attacker Bergwijn was played in and struck lethally from 15 yards into the top corner.

Barcelona’s Memphis Depay sealed the result in injury-time with his 16th international goal of 2021.

Steven Bergwijn with a stunning strike for the Netherlands against Norway 😍☄️ pic.twitter.com/3C88MciDYy