Watch: Bernardo Silva nearly gets assist of the season vs Liverpool 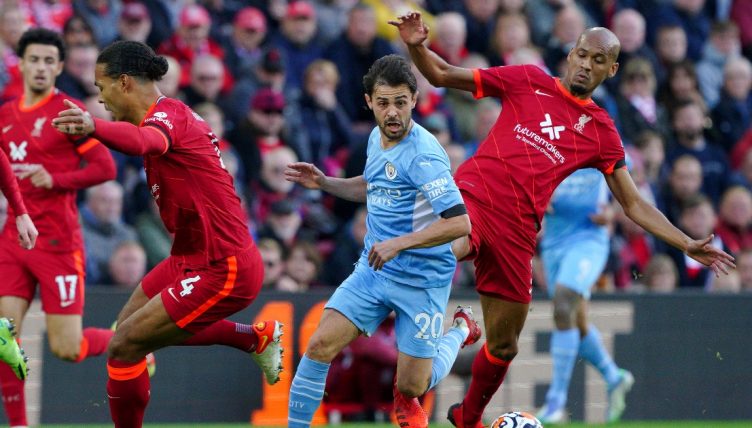 Manchester City‘s Bernardo Silva created a chance in the big match away to title rivals Liverpool – and had Phil Foden managed to convert, it surely would’ve gone down as the assist of the season.

Silva was reportedly deemed surplus to requirements at City, who were said to be looking to raise funds after spending £100million on Jack Grealish while continuing their pursuit of Harry Kane.

However, no buyers emerged and the Portugal international has enjoyed a superb start to the season with City, looking one of their standout players as they’ve maintained the superb standards they’ve set under Pep Guardiola in recent seasons.

And there was more evidence of what a special player he can be with an absolutely outrageous run from midfield. He regained possession in his own half before leading Liverpool on a merry dance, twisting and turning before driving forward into open space and playing through Phil Foden.

Alisson was on hand to deny Foden, and City went into half-time ruing their inability to convert their domination into a lead. Not for the first time this season, it raises questions of their inability to land a new No.9 in the summer.