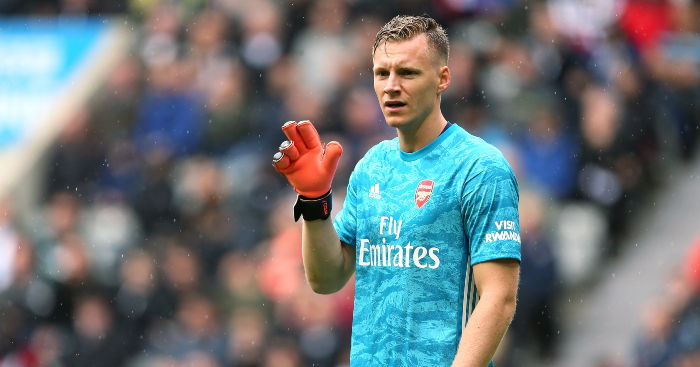 Arsenal came back from two goals down to draw 2-2 with Tottenham in the north London derby at the Emirates on Sunday – but they had Bernd Leno to thank for Spurs not being out of sight at half-time.

Spurs went into a commanding lead in the first half thanks to Christian Eriksen’s tap in and Harry Kane’s penalty.

But Arsenal fought back after Alexandre Lacazette scored moments before the break, with Pierre-Emerick Aubameyang grabbing an equaliser in the second half.

Both sides rode their luck at times, with Kane notably hitting the post, while Spurs could have gone 2-0 up even earlier were it not for Leno’s fabulous save from Son Heung-min.