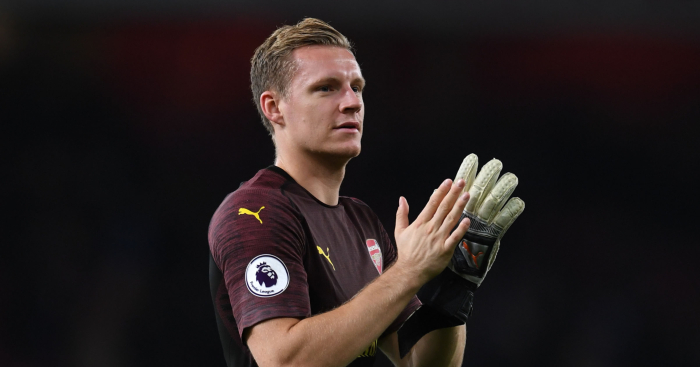 Bernd Leno has had to be patient since joining Arsenal in the summer, but the goalkeeper made the most of his chance to impress in the Gunners’ 3-1 win against Leicester City on Monday night.

Arsenal signed Leno in a £19.2million transfer from Bayer Leverkusen in June, with the Germany international expected to overtake Petr Cech as the club’s No.1.

However, Unai Emery kept faith with Cech, despite criticisms of his ball-playing ability, meaning Leno has had to wait for his chance.

An opportunity arose after Cech suffered an injury against Watford last month, and Leno has since started both Arsenal’s Premier League fixtures in victories over Fulham and Leicester.

The 26-year-old could do little about Leicester’s opener, which saw Hector Bellerin deflect Ben Chilwell’s cross into his own net, but by then he had already pulled off a fantastic save to deny Harry Maguire.

It has to be a good save to deny a header from Slabhead.