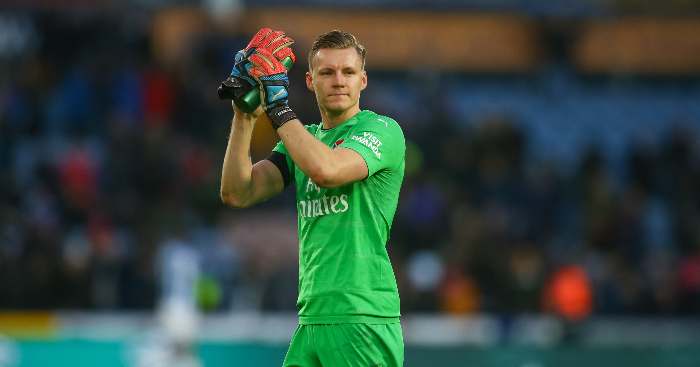 Arsenal goalkeeper Bernd Leno made an absolutely incredible pair of saves to keep his side ahead in the North London Derby.

Aaron Ramsey had given Arsenal a deserved lead in his final derby against Tottenham, but the hosts were starting to pile on the pressure shortly before half-time.

Christian Eriksen had been played through to force Leno into a first short-range stop, but it was his second that was truly outstanding – his finest moment in an Arsenal shirt.

The rebound fell to Moussa Sissoko, who picked up the ball just inside Arsenal’s box. The reflex action has to be seen to be believed.